The content below is taken from the original ( Pitching tech to optimize building design for sustainability, Atlanta-based Cove.tool raises $5.7 million), to continue reading please visit the site. Remember to respect the Author & Copyright.

Patrick Chopson and Sandeep Ahuja started cove.tool, an Atlanta-based company developing software to optimize building design for sustainability and cost, because of problems they’d faced in their careers as architects.

Along with Patrick’s brother, Daniel Chopson, the two Georgia Institute of Technology graduates have developed a suite of software products that are now used by thousands of architects, engineers, contractors and developers like EYP, P2S, Skanska, and JLL in 22 countries around the world. The company’s software is also taught in universities including California Polytechnic State University, the University of Illinois, and UNC Charlotte, along with their alma matter, Georgia Tech.

Now the company is $5.7 million richer following the close of its series A funding led by the Los Angeles-based investment firm Mucker Capital and including previous investors Urban.us, Knoll Ventures, and Atlanta’s own Techsquare Labs.

The company’s first product is software that helps model the energy consumption of a building and provides insights on how to improve energy efficiency. The product turns what used to be a manual process that involved outside consultants and roughly 150 hours of work into a job that can be done in 30 minutes, according to the cove.tool.

The software can account for factors such as energy consumption, light exposure, glare, radiation, water and embodied carbon targets for new and existing buildings and offers the ability to compare different options, allowing architects and developers to determine the most cost-efficient way to meet energy targets. In its most recent update, the company added an occupancy tool to help developers understand the safest designs for reducing the potential spread of airborne diseases like COVID-19.

Buildings and building construction are a huge contributor to the greenhouse gas emissions that contribute to climate change, accounting for roughly 39 percent of carbon emissions annually, according to data released by the Global Alliance for Building and Construction and the International Energy Agency. And the continuing global migration to cities means that demand for new buildings and construction won’t slow down anytime soon. As demand for buildings increases, technologies like cove.tool’s software could save the equivalent of 40,000 trees on a typical construction project, the company said. 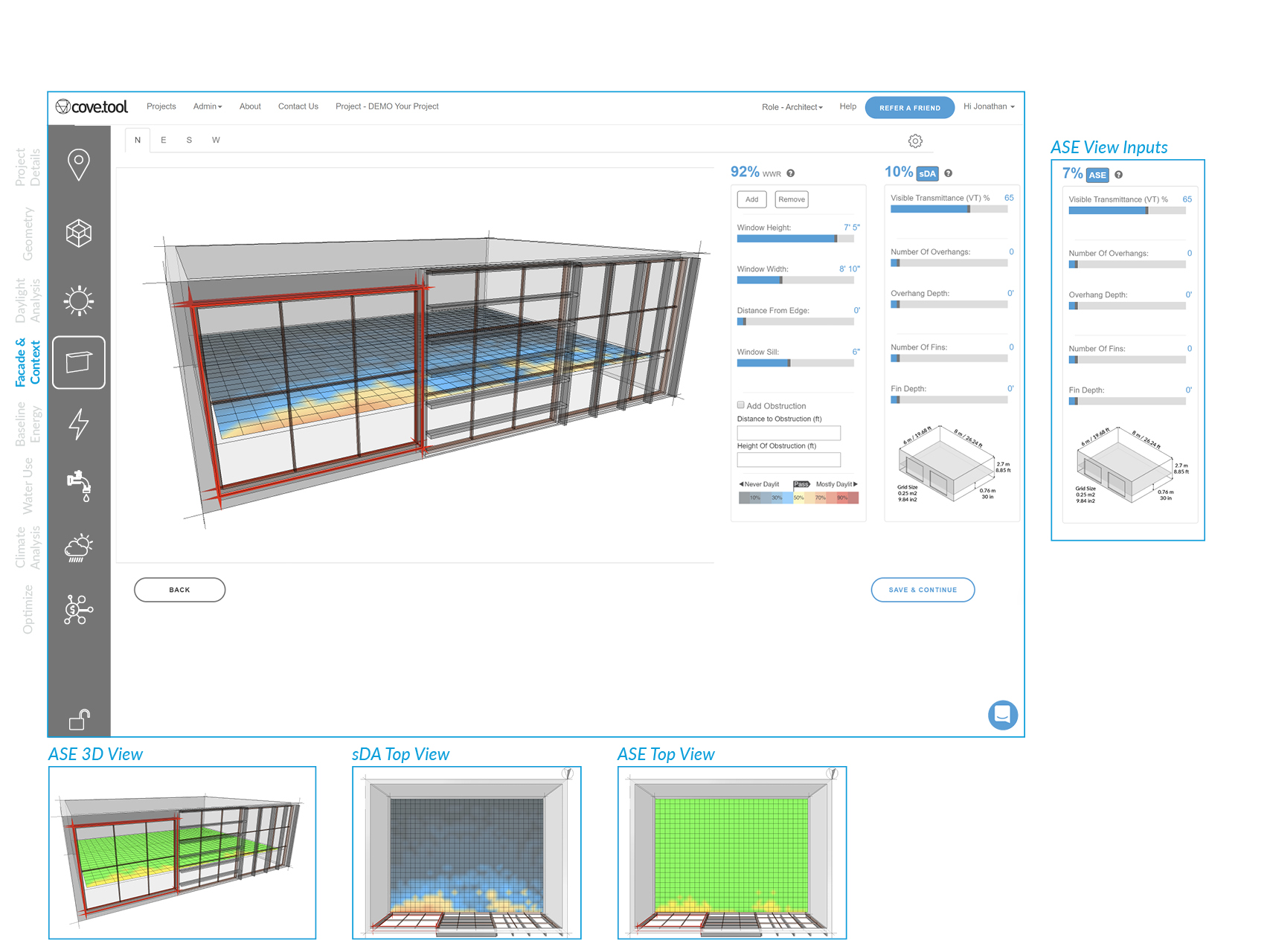 “We only have about 10 years to lower buildings to actually be net zero before the action would be useless in terms of stopping climate change,” said Ahuja, the company’s chief executive.

With the new funds in hand cove.tool intends to expand global sales and marketing efforts and develop some new projects, according to Ahuja. Both founders said that the software is already designed to meet the building standards for Canada, the United Kingdom and Australia. And the company has a plan to see if it can design energy efficient structures for a martian environment.

“For fun, we’re going to do Mars,” Ahuja said. “We want to see what the model looks like.”

The big selling point for the software is that environmental sustainability is baked into the product so even if developers only care about cost-cutting, they’ll be improving their carbon footprint anyway.

“Every developer that uses our platform may or may not care about sustainability, but they definitely save on cost,” said Ahuja.

Next on the product roadmap is a marketplace that can provide energy efficient materials that construction managers and developers would need to turn the cove.tool designs into actual buildings.

“Everybody is using a completely different bad workflow,” Chopson, the company’s co-founder and product development lead, said. “This brings it together in terms of cost and the offset carbon targets that every building and every city actually need to meet.”

The roadmap is to create easier workflows from the architect to the contractor so everyone involved can coordinate more closely. As it moves into this side of the construction market, cove.tool will find itself facing some very well-funded competitors, but that’s because the construction management and procurement side of the market is massive.

Companies like Procore have become billion dollar businesses on the back of. their pitch to simplify the construction management process.

The cove.tool marketplace product will be arriving sometime in the middle of 2021 and the company has already amassed a database of over 1,000 products from hundreds of vendors that it intends to list, according to Ahuja.

“There’s a lot of product databases, but no one can analyze it,” said Chopson. “We’re the only ones who can analyze that glass is better than any other glass.. It’s highly disorganized and you can’t compare one thing versus another.. The key is to be able to analyze things and put the analysis you do in the context of a building.”

Ultimately, the focus will still be on efficiency and sustainability, the founders said. And in a rapidly warming world, there are few things that are important.

As Omar Hamoui, a partner at Mucker Capital and the new director on the cove.tool board, said in a statement, “Sustainable design is rapidly becoming a necessity in the built world.”

Posted on October 18 in category News