BlackBerry races ahead of security curve with quantum-resistant solution

The content below is taken from the original ( BlackBerry races ahead of security curve with quantum-resistant solution), to continue reading please visit the site. Remember to respect the Author & Copyright.

Quantum computing represents tremendous promise to completely alter technology as we’ve known it, allowing operations that weren’t previously possible with traditional computing. The downside of these powerful machines is that they could be strong enough to break conventional cryptography schemes. Today, BlackBerry announced a new quantum-resistant code signing service to help battle that possibility.

The service is meant to anticipate a problem that doesn’t exist yet. Perhaps that’s why BlackBerry hedged its bets in the announcement saying, “The new solution will allow software to be digitally signed using a scheme that will be hard to break with a quantum computer.” Until we have fully functioning quantum computers capable of breaking current encryption, we probably won’t know for sure if this works.

But give BlackBerry credit for getting ahead of the curve and trying to solve a problem that has concerned technologists as quantum computers begin to evolve. The solution, which will be available next month, is actually the product of a partnership between BlackBerry and Isara Corporation, a company whose mission is to build quantum-safe security solutions. BlackBerry is using Isara’s cryptographic libraries to help sign and protect code as security evolves.

“By adding the quantum-resistant code signing server to our cybersecurity tools, we will be able to address a major security concern for industries that rely on assets that will be in use for a long time. If your product, whether it’s a car or critical piece of infrastructure, needs to be functional 10-15 years from now, you need to be concerned about quantum computing attacks,” Charles Eagan, BlackBerry’s chief technology officer, said in a statement.

While experts argue how long it could take to build a fully functioning quantum computer, most agree that it will take between 50 and 100 qubit computers to begin realizing that vision. IBM released a 20 qubit computer last year and introduced a 50 qubit prototype. A qubit represents a single unit of quantum information.

At TechCrunch Disrupt last month, Dario Gil, IBM’s vice president of artificial intelligence and quantum computing, and Chad Rigetti, a former IBM researcher who is founder and CEO at Rigetti Computing, predicted we could be just three years away from the point where a quantum computer surpasses traditional computing. 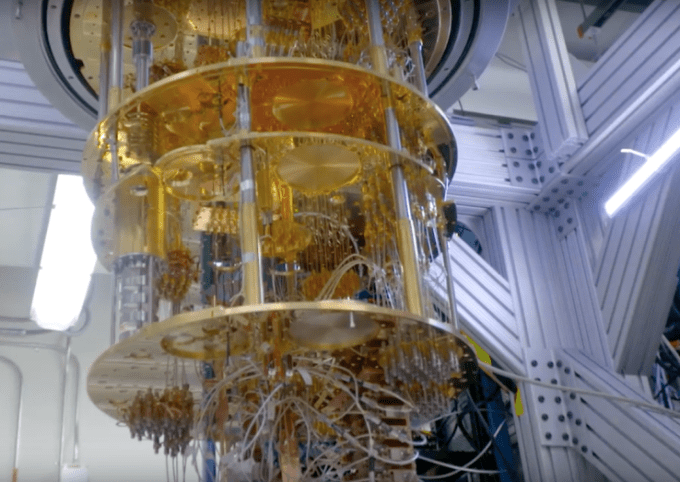 Whether it happens that quickly or not remains to be seen, but experts have been expressing security concerns around quantum computing as they grow more powerful, and BlackBerry is addressing that concern by coming up with a solution today, arguing that if you are creating critical infrastructure you need to future-proof your security.

BlackBerry, once known for highly secure phones, and one of the earliest popular business smartphones, has pivoted to be more of a security company in recent years. This announcement, made at the BlackBerry Security Summit, is part of the company’s focus on keeping enterprises secure.