The content below is taken from the original ( Lightyear One debuts as the first long-range solar-powered electric car), to continue reading please visit the site. Remember to respect the Author & Copyright.

Electric cars are better for the environment than fossil fuel-burning vehicles, but they still rely on the grid, which can be variously dirty or clean depending on what sources it uses for its energy. The new Lightyear One is a prototype vehicle that would improve that by collecting the power it needs to run from the sun.

Lightyear, a startup from the Netherlands born as Stella, has come a long way since it won a Crunchie award in 2015, with a vehicle that now looks ready for the road. The Lightyear One prototype vehicle unveiled today has a sleek, driver-friendly design and also boasts a range of 450 miles on a single charge – definitely a first for a car powered by solar and intended for the actual consumer market. 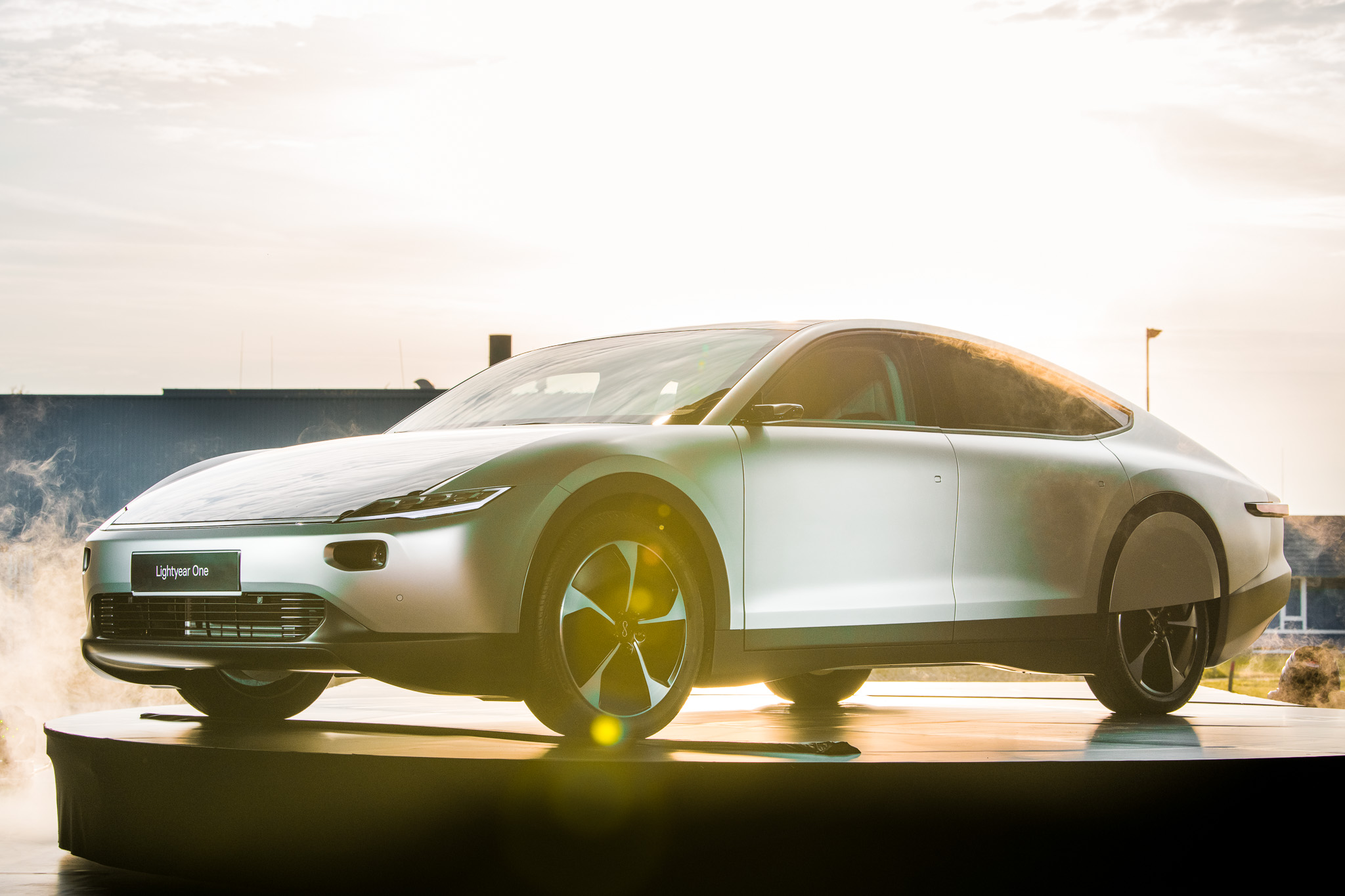 The startup says that it has already sold “over a hundred vehicles” even though this isn’t yet ready to hit the road, but Lightyear is aiming to begin production by 2021, with reservations available for 500 additional units for the initial release. You do have to pay €119,000 up front (around $136,000 USD) to secure a reservation, however.

Lightyear One isn’t just a plug-in electric with some solar sells on the roof: Instead it’s designed from the ground up to maximize performance from a smaller-than-typical battery that can directly grab sun from a roof and hood covered with 16 square feet of solar cells, embedded in safety glass designed with passenger wellbeing in mind. The car can also take power directly from regular outlets and existing charging stations for a quick top-up, and again because it’s optimized to be lightweight and power efficient, you can actually get around 250 miles on just one night of charging from a standard (European) 230V outlet.

The car should supplement existing electric cars for buyers who are more conscious of range anxiety and nervous about having enough charge, the company says. It still have to actually enter production, however, and even when it does it’ll be a fairly expensive and small batch product, at least at first. But it’s an impressive feat nonetheless, and a potential new direction for EVs of the future.