The content below is taken from the original ( Lenovo launches device as-a-service in the UK), to continue reading please visit the site. Remember to respect the Author & Copyright. 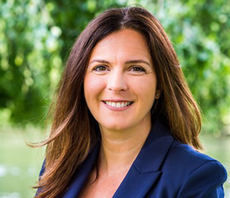 Lenovo has launched its device as-a-service (DaaS) offering in the UK spanning its entire device portfolio.

All authorised Lenovo partners now have access to the DaaS offering, claims Jane Ashworth, director of SMB and channel for the UK and Ireland.

Lenovo’s DaaS offering is split into three tiers: Simplify, Accelerate and Transform accessible through the Lenovo Partner Hub or through Lenovo.com.

Its Simplify tier is intended as a “starting point” and is targeted at small businesses. Partners are able to use Lenovo’s online tool to add devices and services on behalf of the customer and calculate the total monthly cost of the service.

The Accelerate tier enables partners to add in their own services to the quote, which could include configuration or consulting services.

Ashworth described the upper “Transform” tier as a fully customisable end-to-end solution and fully managed service which would include deployment services, advanced IT automation and intelligent services.

“It means that for every size of customer, for every partner, and for every complex requirement from an end user, we have a version that will fit that request for the partner,” said Ashworth.

The channel boss said that the launch builds on Lenovo’s pre-existing DaaS solution which included only the “Transform” tier of the offering and was targeted at larger corporate customers and partners.

Ashworth said the offering was tweaked based on feedback from partners.

“We tested it with the people on the sales floor because we needed to ensure that it fitted their needs and it was easy to use.” We did a lot of user testing from a process point of view and adapted the tool itself,” she said.

“We also got a lot of feedback around the Accelerate tier because our partners wanted to add in some of their own tailored services, that they’ve developed themselves and that’s their USP. So that’s where the Accelerate tier came from to give partners the flexibility they required.”

She added: “We’ve tweaked the model based on their feedback. And now we’re in full roadmap mode. So really, really excited about it, it couldn’t have come at a more important time for the market,” Ashworth added.

The DaaS offering comes after a stellar financial year for Lenovo, with group revenues for the year ending 31 March 2021 exceeding $60bn for the first time – 20 per cent higher than the previous year.

Lenovo’s PCSD (PC and smart devices) business in the UK enjoyed record revenues, surging by 46 per cent in Q4 to $12.4bn, Ashworth said, while its pre-tax income was up by 58 per cent year on year.

Its rivals have all launched new as-a-service options this year. Dell launched its Apex offering during this year’s Dell Technologies World in May, while HPE added storage to its own GreenLake as-a-service offering.

Cisco meanwhile launched its Cisco Plus offering in April, which made its IT infrastructure, networking, security, compute, storage and applications products available through an as-a-service model.