The content below is taken from the original ( Alphabet’s Loon launches its balloon-powered Kenyan internet service), to continue reading please visit the site. Remember to respect the Author & Copyright.

Alphabet’s Loon has officially begun operating its commercial internet service in Kenya . This is the first large-scale commercial offering that makes use of Loon’s high-altitude balloons, which essentially work as cell service towers that drift on currents in the Earth’s upper atmosphere. Loon’s Kenyan service is offered in partnership with local telecom provider Telkom Kenya, and provides cellular service through their network to an area covering roughly 50,000 square kilometres (31,000 square miles) that normally hasn’t had reliable service due to the difficulty of setting up ground infrastructure in the mountainous terrain.

Loon has been working towards deploying its first commercial service deployment in Kenya since it announced the signed deal in 2019, but the company says that the mission has taken on even greater significance and importance since the onset of COVID-19, which has meant that reliable connectivity, especially in light of the restrictions upon travel that the epidemic has placed, making the ability to remotely contact doctors, family members and others all the more important.

Some of the technical details of how Loon’s stratospheric balloons will offer this continuous service, and what kind of network quality people can expect include that the fleet includes around 35 balloons acting together which are moving constantly to maintain the target area coverage. Average speeds look to be around 18.9Mbps down, and 4.74 Mbps up, with 19 millisecond latency, and real-world testing has shown that this has served well for use across voice and video calls, as well as YouTube streaming, WhatsApp use and more, according to Loon. 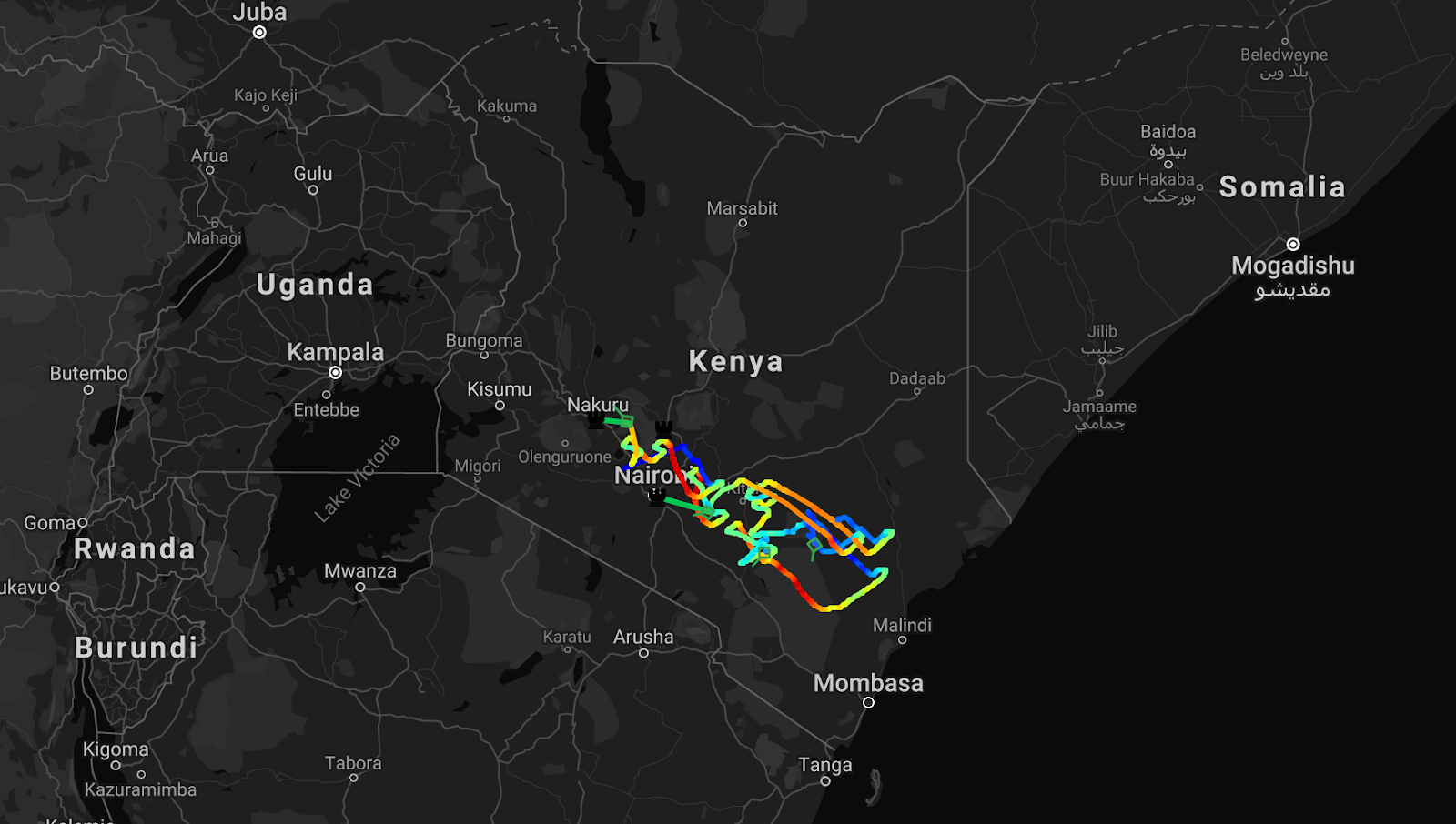 The path followed by Alphabet’s balloons as they provide service to the target area in Kenya.

The company actually began testing its service earlier this year, with many customers connecting to the network without even realizing it during those tests, and Loon says it has served over 35,000 customers and provided the services listed during those tests.

Prior to today’s commercial service launch, Loon has also employed its balloons to provide emergency service to areas affected by disaster, including Puerto Rico in the aftermath of Hurricane Maria in 2017. It’s now working with a number of commercial telecom partners to deploy non-emergency service in a number of underserved regions globally.